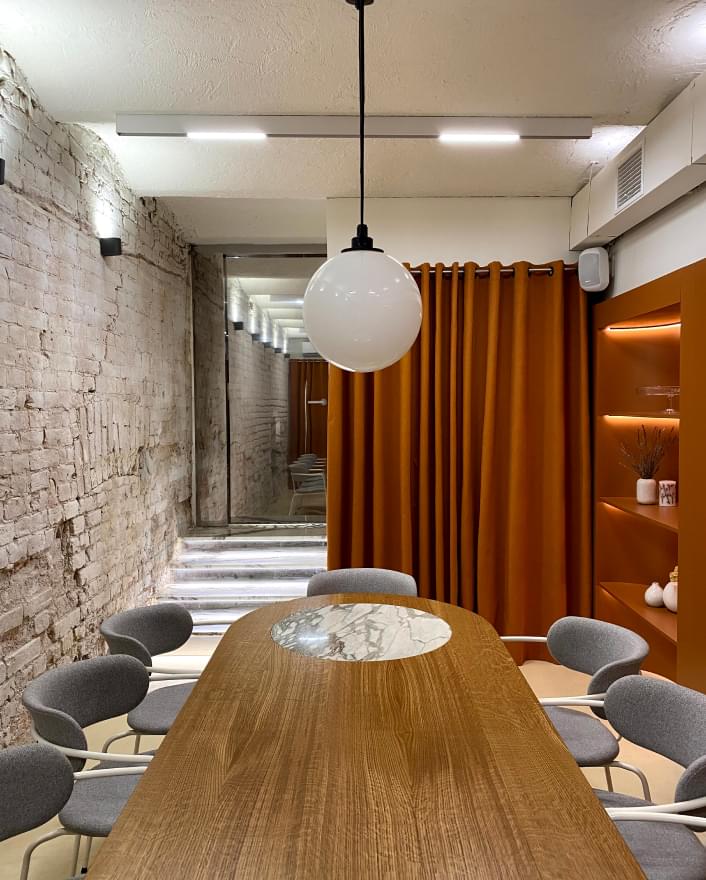 Eat Easy take away shop is located in the annexe, an archway at the beginning of the 20th century. In recent years there were different cafes in its place.

We took rugged, narrow, dark tunnel-line premises with a single-window near the entrance, sewed into drywalls with a lowered ceiling and all painted black.

Our main goal was to return the space to its original look, open its features, add some ease and airiness to it.

The first thing we did during reconstruction was removing drywall from walls and ceiling. We discovered the arched ceiling, which made it look much higher and broader.

Total height appeared to be around 5 meters, and that's at 2.4 meters width. We've split the space into zones, first of which we lined with mirrors on two walls for the room to appear more spacious. Also, we placed circle islands mirrors from the ceiling. 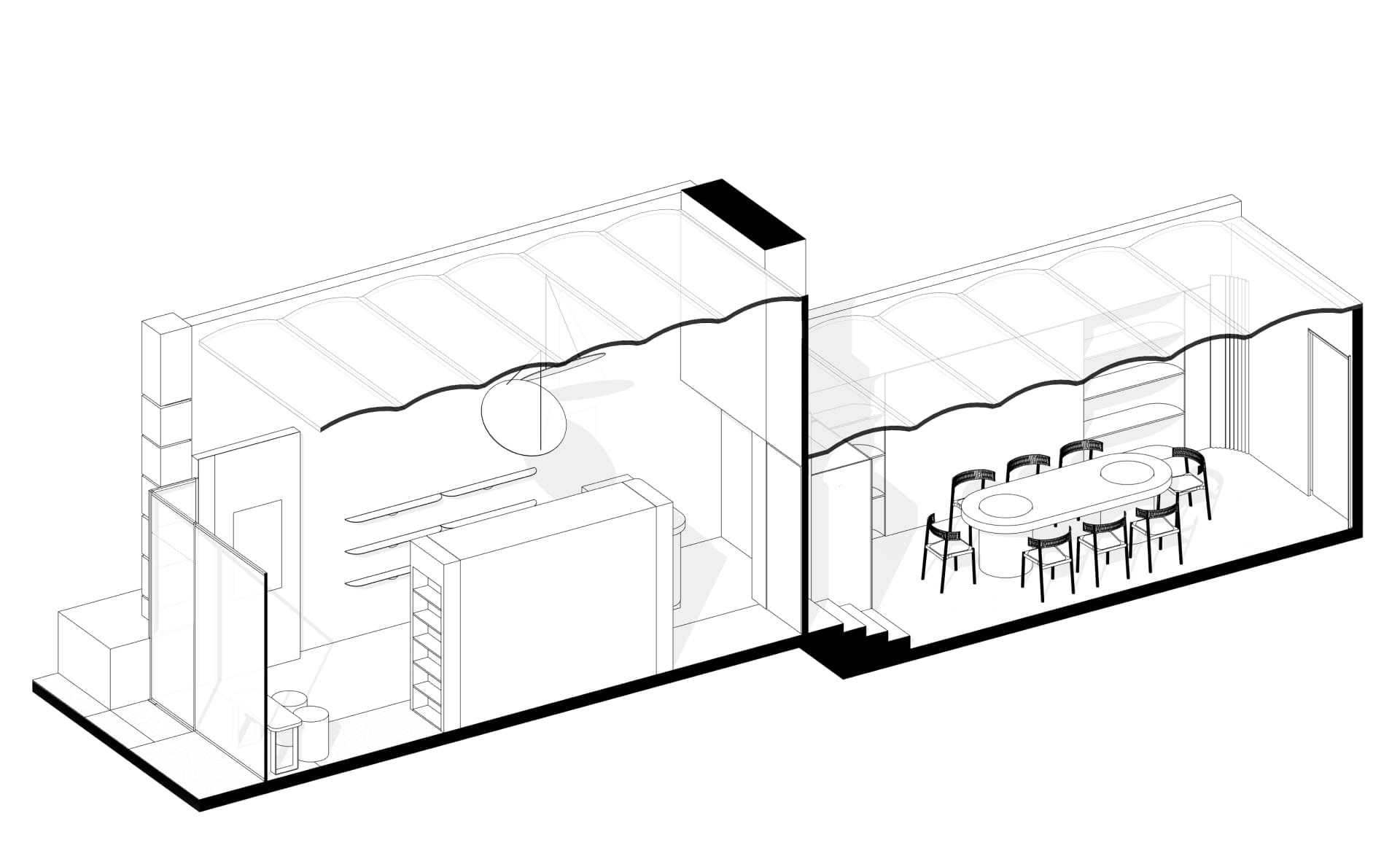 Inside the special guests area 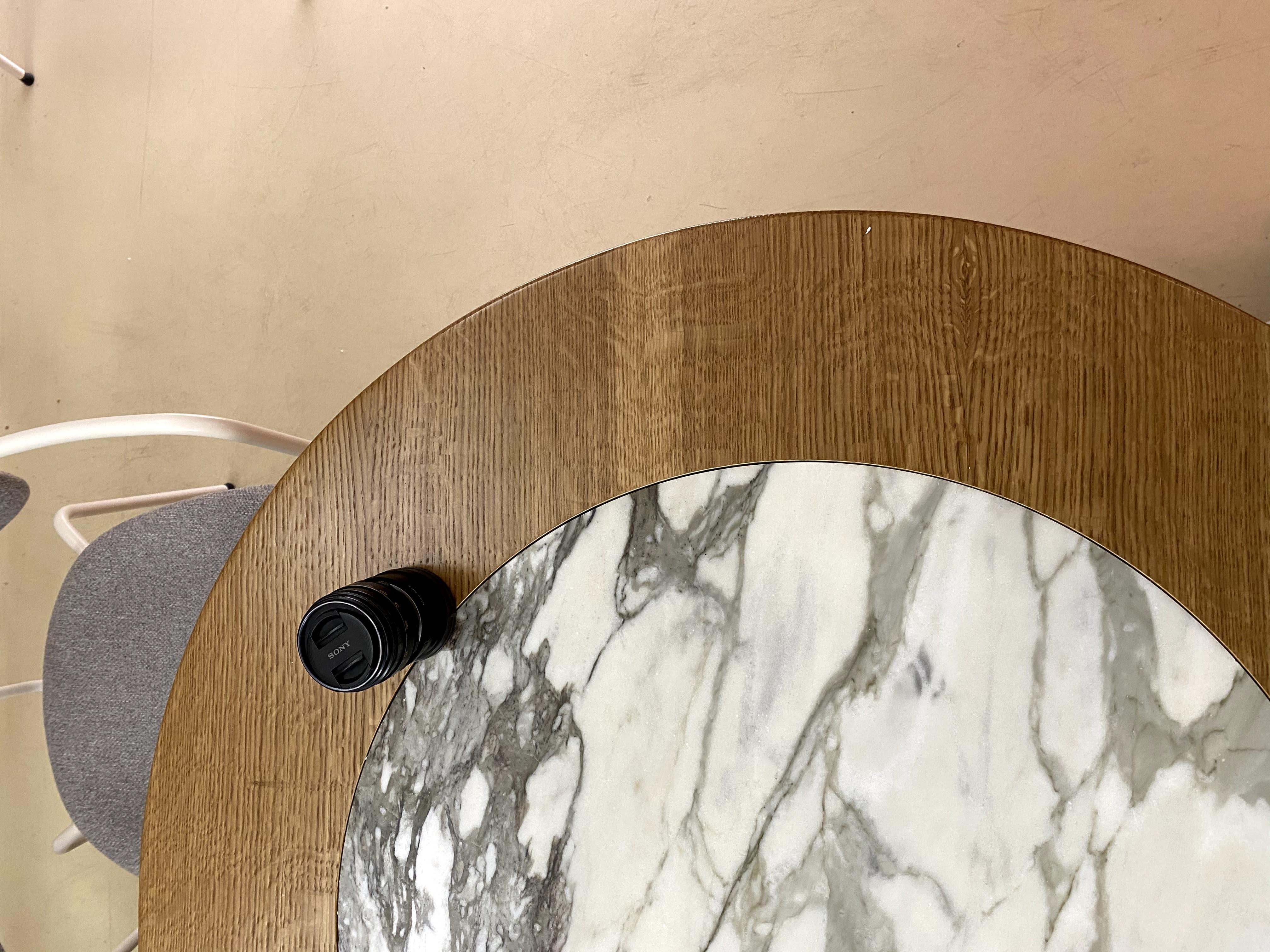 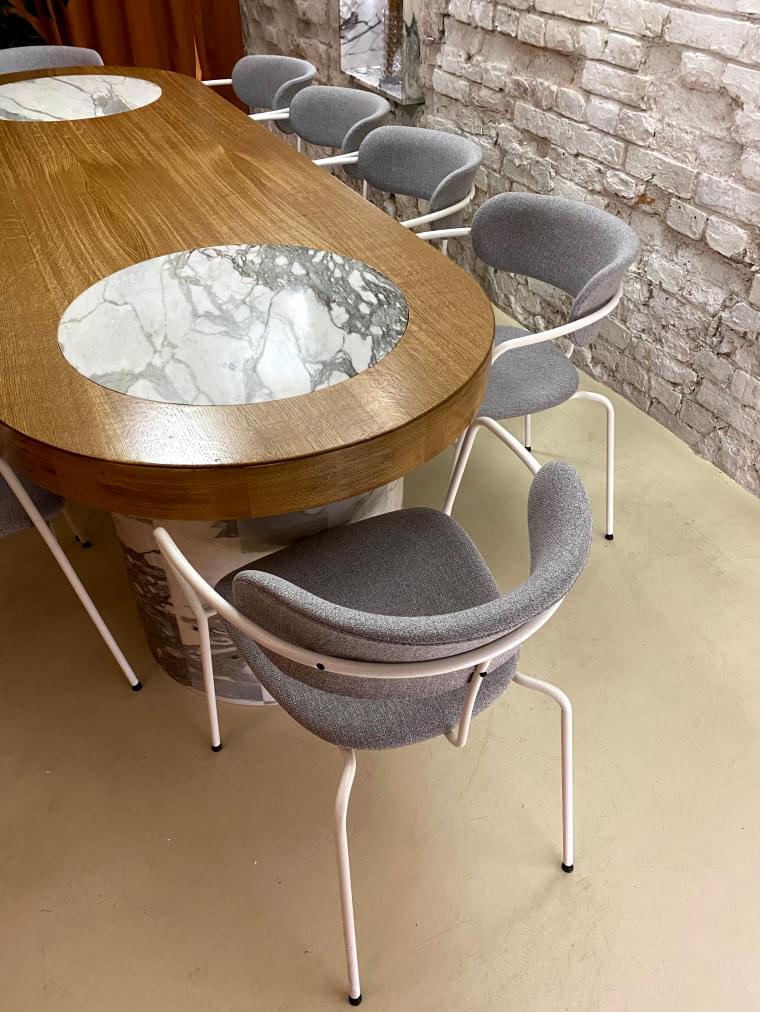 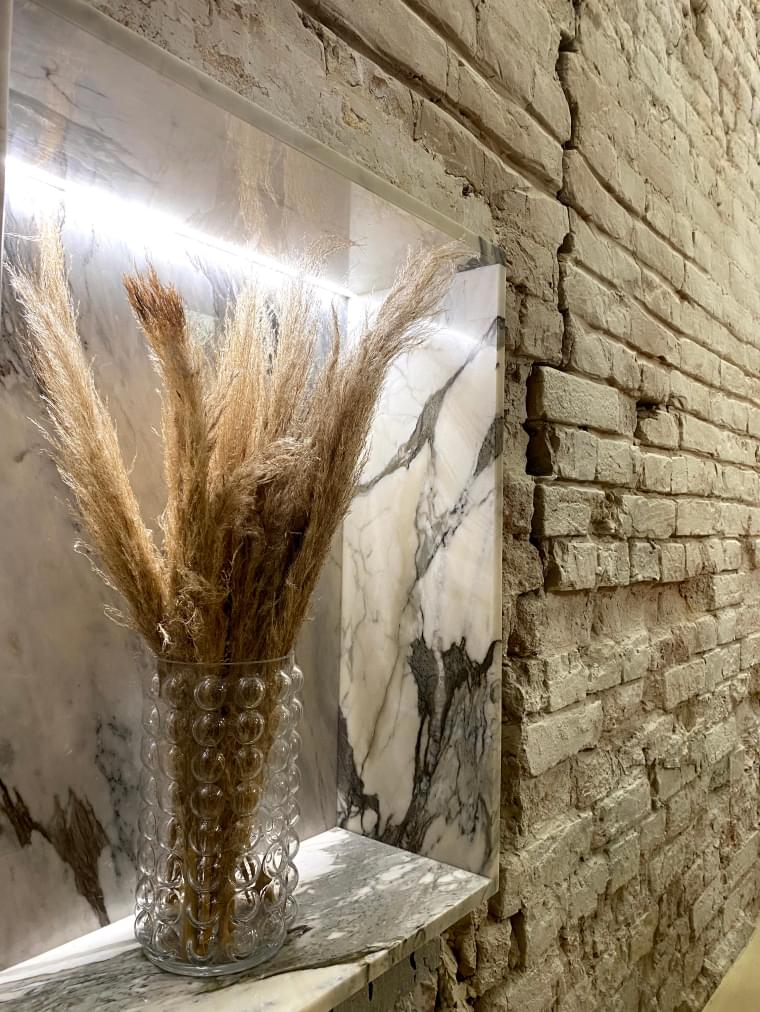 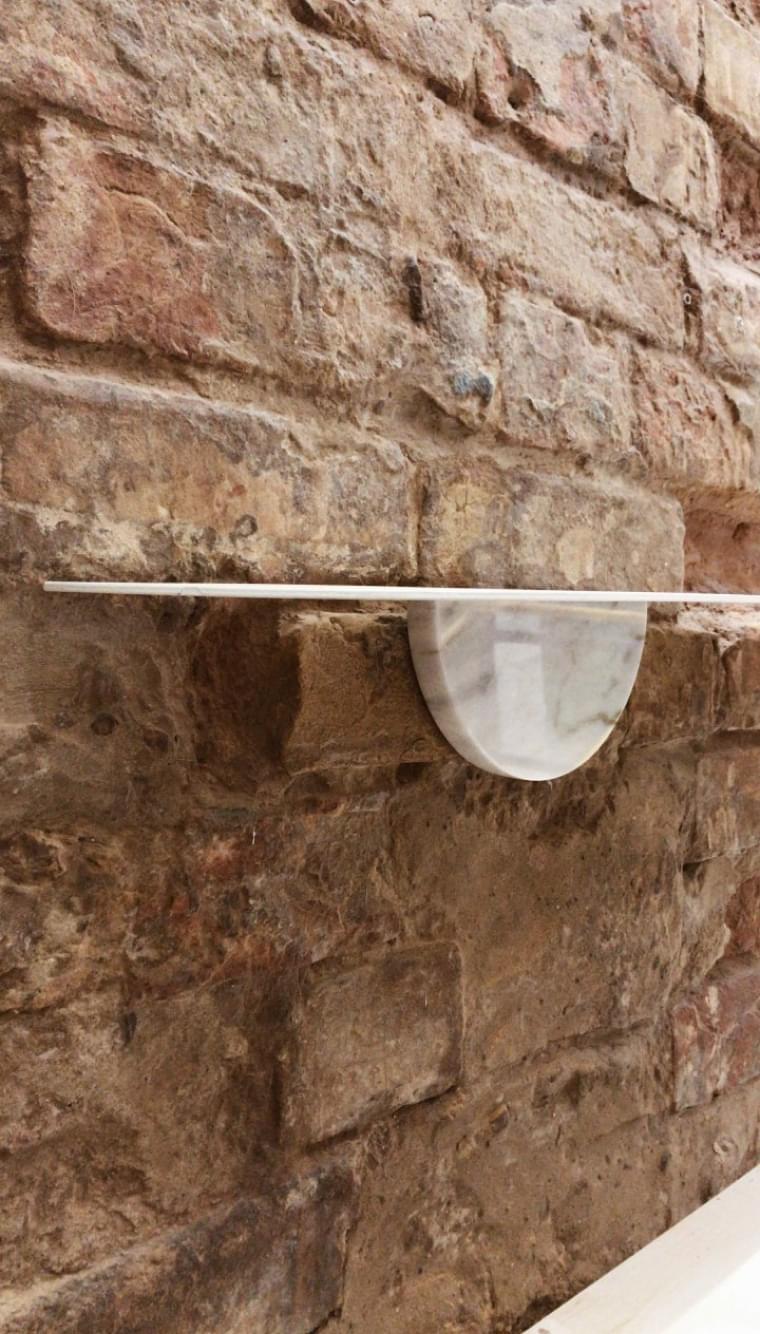